Not All ‘Plane’ Sailing 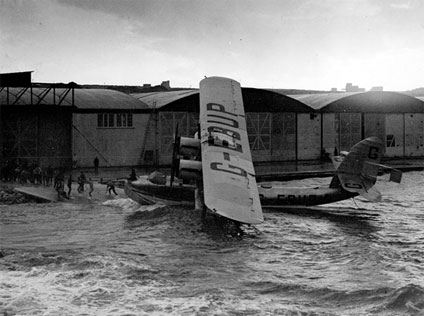 Strong headwinds delayed Cobham as he landed at night off the coast of Malta where fortunately HMS Queen Elizabeth allowed him to tie up for the evening.

However, the next morning, strong winds damaged their flying boat as they tried to moor off the coast.

RAF airmen at Malta saved Cobham by pulling his flying boat onto the slipway, where their vessel received major repairs and new floats from England.