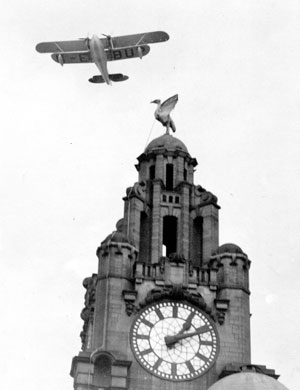 The British government owned airline, Imperial Airways, decided that they also wanted to operate in Africa.

However, before Sir Alan Cobham’s Africa flights he had been assured by the Director of Civil Aviation that Imperial Airways only intended to operate in Europe and North Africa.

Imperial Airways stated that they should operate all the services in Africa while Cobham argued that, as he had done all the pioneering work and made the agreements with the African countries himself, he should operate the service.

Despite his arguments, Cobham’s company was bought by Imperial Airways and they began operating an African service on a route that he had pioneered.