On 24 January 1926, Alan Cobham flew over Victoria Falls, Zambia where his engine lost power for the first time since leaving London. 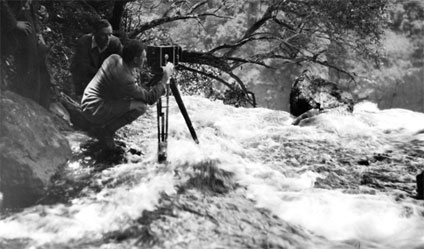 Basil Emmott filmed this natural wonder only 50 feet above the falls when the reliable 385hp engine cut out leaving Cobham and his companions in a perilous situation.

Cobham quickly realised that the spray from the falls had got into the engine so he instinctively pulled his control stick back allowing the biplane to climb out of danger.

Basil Emmott had been completely unaware of this escapade as he had been filming the falls the whole time.