The Race for England 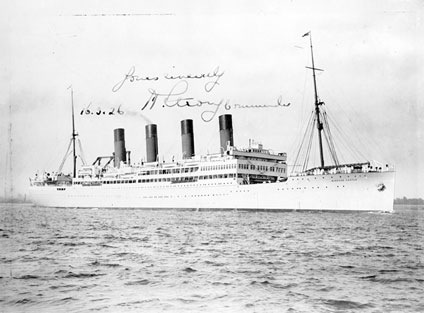 Alan Cobham raced the steamship RMS Windsor Castle in his de Havilland D.H.50J biplane on the return journey from Cape Town to England. Both competitors left on 26 February 1926 each carrying a letter from the Governor-General of South Africa to King George V.

The Windsor Castle had a much shorter route than Alan Cobham and the steamship could travel both day and night while the biplane could only fly during the day.

Despite these disadvantages and some mishaps on the return journey, Alan Cobham beat the Windsor Castle to England and personally delivered the letter to King George V.