Flying training has always been an international activity. Early civilian flying schools could be found in various different countries such as France, the United States of America and the United Kingdom.

During the First World War, a number of Royal Flying Corps (RFC) and Royal Air Force (RAF) flying training squadrons and schools were based in Egypt. From 27 February 1917 Canadians were trained in Canada for service with the RFC. Later the same year in September, schools were opened in Texas, USA with the expectation that training in Canada would be affected by the winter conditions.

During the 1920s and 1930s 4 Flying Training School (RAF) continued to operate in Egypt and moved to Iraq in September 1939.

During the Second World War the majority of men training to become RAF aircrew were taught overseas. The United Kingdom could not create the large number of trained personnel required for the war by itself. 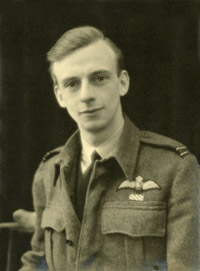 Non-European countries also offered skies empty of enemy aircraft and considerably better weather. A number of air training agreements were made with different countries during the war. The sheer scale of these arrangements was unprecedented. By September 1943 a peak of 333 flying training schools (covering all aircrew) were operating across the world. By 1945 110,600 pilots had been trained on behalf of the RAF in nine different countries.

Since the Second World War RAF flying training has been undertaken primarily in the United Kingdom although pilots have been trained in Canada.