“The great Smith-Barry! He was the man who taught the air forces of the world to fly.” 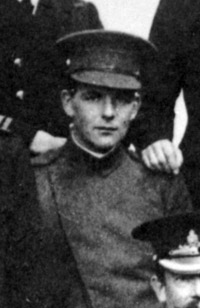 Robert Smith-Barry was born in 1886 and learned to fly at the Bristol School at Larkhill in 1911.The following year he joined the Royal Flying Corps, attending the first training course run by the Central Flying School at Upavon. With the outbreak of war in 1914, Smith-Barry went with 5 Squadron to France, and in July 1916 he was promoted to command 60 Squadron. Shocked by the incompetence of the new pilots being sent to the front, Smith-Barry began developing a new theory of flying instruction. In December 1916 he was given command of 1 (Reserve) Squadron at Gosport and the opportunity to put his ideas into practice.

Smith-Barry’s training regime was based on dual-control flying using the relatively high-powered Avro 504 biplane. Pupils sat in the front cockpit, which was equipped with a full set of controls, while the instructors sat behind; communicating their prepared instructions, or ‘patter’, through a specially designed device called the ‘Gosport Tube’. Even after students had gone solo, half their training was given on dual-control aircraft.

Smith-Barry taught his students to explore the aircraft’s capabilities and to learn the cause and effect of any movement in the air. Instead of avoiding dangerous manoeuvres, such as spins, they were taught how to get out of them safely and, by so doing, developed the skill and confidence to fly their aircraft to the limit. 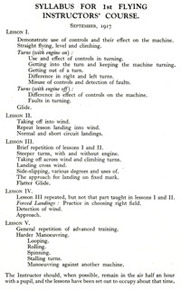 The pilots produced during the experiment were trained so quickly and to such a high standard that Smith-Barry’s methods were immediately adopted by the RFC. In August 1917, 1 (Reserve) Squadron became the School of Special Flying – a unit to teach instructors – and Smith-Barry’s trainees were sent out to flying schools to spread the word. They carried with them General Methods of Teaching Scout Pilots, a manual published in October 1917 which explained the principles of the ‘Gosport system.’ In time, Smith-Barry’s training revolution was embraced by most other air forces and his ideas have relevance today.

During the Second World War Robert Smith-Barry rejoined the RAF serving as a ferry pilot and an instructor. He died in 1949.