The end of the Second World War ushered in a period of contraction and reorganisation of the Royal Air Force (RAF). Training courses were streamlined as many wartime specialist schools were no longer necessary. Flying Training Schools (FTS)

were reintroduced to train full-time aircrew personnel. The RAF Volunteer Reserve was rebuilt on a voluntary part-time basis, allowing those recently demobilised to keep their flying skills in practice as well as the training up new recruits. The University Air Squadrons were also re-established to encourage undergraduates to seek a career in the RAF. 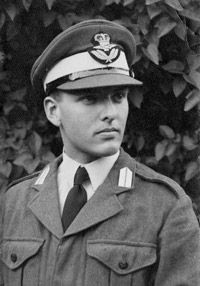 The practice up to this time was to train pilots in the Flying Training Schools and then send them to Operational Conversion Units for type training. However, it soon became clear that the step up from basic trainers, such as the Hunting Percival Prentice to a jet like the Gloster Meteor or the large, multi-engine Avro Shackleton was too large for safety. As a result Advanced Flying Schools were introduced to provide an intermediate training stage. 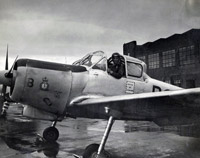 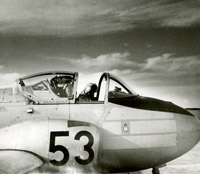 The Korean War (1950-1953) created a temporary expansion of the RAF, with new units set up for advanced and refresher training. These units disappeared again soon after the war ended. At this time jets were considered to be the future of RAF aircraft so jet flying was introduced at an earlier stage in training. In 1959 this developed into all-through jet training – the first such course in the world. As jet aircraft moved into the realm of supersonic flight, it was clear that a “fast jet” stage was needed to introduce pupils to high speed flight. This was provided by the Central Flying School and 4 Flying Training School.