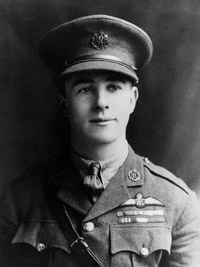 ‘Jimmy’ McCudden learnt to fly as a Flight Sergeant at Farnborough in April 1916 and proved such a good pilot that he was retained as an instructor. In his memoir Five Years in the Royal Flying Corps, completed shortly before his death in a flying accident in July 1918, McCudden describes his first solo flight.

“I got off the ground safely, but I do not remember quite what happened while I was in the air. I only have a vague recollection that I sat quite still, flying automatically until I landed…

…My instructor was quite pleased, so it must have been all right. I had seen so many accidents through want of speed that I determined that I would not stall on my first solo. 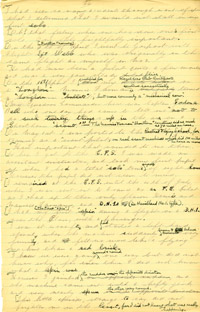 Oh! that feeling when one has done one’s first solo. One imagines oneself so frightfully important.”

In the spring of 1917, McCudden, now a decorated officer, returned to the UK for a second stint as an instructor. He writes that he informed his students:

“…how much better off they were in their training than were the pilots who had gone out to fight in the air a year previously, for at this time the pilots were receiving very good training indeed, and were quite competent to go into their first fight with a good chance of downing an opponent.

At the time I went to France to fly a fighter aeroplane I had not even flown the type which I was to fly over the lines the next morning, let alone not having received any fighting instruction.”

Air Mechanic 3rd Class William Frederick Leedham joined the RFC in February 1918 and was selected for pilot training. Leedham arrived at No. 40 Training Depot Station at Harlaxton, Lincolnshire, in July that year, earning his Pilot’s Wings just before the Armistice in November.