From 1909 aviation weeks, meetings and air shows were organised in the United Kingdom. The displays at Hendon drew large crowds. 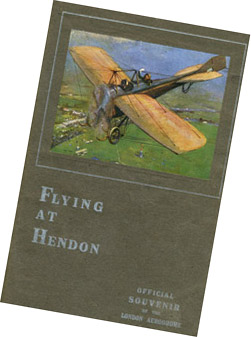 Many of the pilots who flew in front of the spectators were instructors at the civil flying schools. Delighting their audiences with daring aerobatics, the aviators became household names and celebrities in their own right. 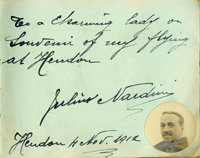 The public could also take to the skies. Passenger flights were often available at the various air shows.

With some misgivings, Lt Col Charles Edward Stewart took his first flight at Hendon in 1912. A passenger in a Maurice Farman S7 Longhorn he recalls that:

I climbed… into the thing and saw my seat… was a plank with… wickerwork sides and back. The pilot’s body would come between my legs and his shoulders would be level with my knees so that if the thing’s nose dipped suddenly I should probably fall on top of him… I told him I felt most insecure.

With many pops and bangs, which almost cracked my eardrums the beastly engine started and the infernal machine commenced shuddering like a ship going full astern on both engines. I… turned to look at the engine hoping that in its efforts to free itself from its cage, it might fall off and postpone the flight..”

Air Chief Marshal Sir Philip Joubert de la Ferté was jointly responsible for the first RFC reconnaissance flight of the First World War in August 1914. He learnt to fly in 1912.

“Had two rides, on each occasion holding the joystick for short periods” and that they were “Great fun”. 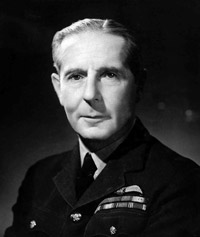 “first figure of eight and then went for the first half of brevet. Got that all right and then tried for second half, but a slight misunderstanding about the landing not unconnected with Vickers No.3’s wreck spoilt that.”

“finished [his] brevet [and] In the afternoon went joy riding”