January
The Royal Flying Corps (RFC) in Salonika is re-equipped with Royal Aircraft
Factory SE5As, Bristol Monoplanes and Sopwith Camels to replace the Nieuport
27s previously operating in this theatre. This marked the beginning of
British air supremacy on this Salonika front.

2 January
An Order in Council defines the composition and duties of members of the
Air Council and a separate Air Ministry is formed in London. 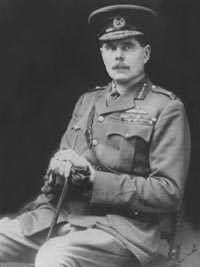 Major
General Sir Hugh Trenchard is appointed as the first Chief of the Air
Staff. He is succeeded as General Officer Commanding of the Royal Flying
Corps in France, by Major General John Salmond.

28-29 January
The first unqualified air combat victory at night against another aeroplane
takes place, when two Sopwith Camels of No.44 Squadron shoot down a Gotha
bomber during a raid on London.

12 February
The Air Council approves the introduction of the terms ‘areas’ and ‘groups’
for the Royal Air Force’s higher formations.

3 March
The Treaty of Brest-Litovsk is concluded between Germany and the Soviet
Revolutionary Government, ending hostilities between Russia and the Central
Powers. Germany becomes free to transfer forces from the Eastern to the
Western Fronts and to participate in a major offensive in the West, timed
to take place later in the month.

12-20 March
This period is marked by greatly intensified air operations on the part
of the Luftstreitkräfte (the German Army Air Corps), enabling it
to gain air superiority on the Somme sector. Over the Somme, 730 German
aircraft, including 326 fighters, are opposed by 579 Royal Flying Corps
aircraft, which include 261 fighters.

21 March
The German offensive on the Western Front (Operation Michael) opens with
a massive assault against British forces in Picardy by 56 German Army
Divisions. The offensive achieves a number of spectacular early successes,
shattering the British defensive line.

During the initial stages of the offensive, the Royal Flying Corps (RFC)
is instrumental in gathering intelligence about the timing and composition
of the attack and on the first day of the offensive, 250 British aircraft
from 27 squadrons strafe and bomb the advancing German Army, disrupting
its operations and damaging enemy morale. 50 aircraft are lost and he
German advance forces 17 Royal Flying Corps Squadrons to evacuate airfields
that are in danger of being overrun.

27 March
The Victoria Cross is awarded to 2nd Lieutenant A.A. McLeod of No.2 Squadron,
Royal Flying Corps. At 19 years old, he is the youngest airman to receive
this award during the First World War, for action during a bombing mission
over Bray-sur-Somme in France and for saving the life of his observer,
Lieutenant A.W. Hammond, after being shot down in an Armstrong Whitworth
FK8 (B5773).

30 March
The Victoria Cross is awarded to Lieutenant A. Jerrard of No.66 Squadron,
Royal Flying Corps, for gallantry displayed during an offensive patrol
over Italy in a Sopwith Camel (B5648).

12 April
Following a dispute with Lord Rothermere, Major General Hugh Trenchard
resigns from the post of Chief of the Air Staff and is succeeded by Major
General Sir Frederick Sykes.

Baron Manfred Von Richthofen, the ‘Red Baron’, is shot down and killed.
Manfred von Richthofen was the most successful fighter pilot of the First
World War and at the time of his death, he had shot down 80 Allied aircraft
in air combat. 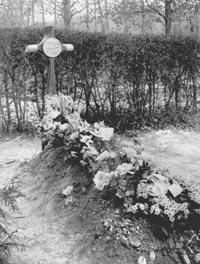 Although Captain Roy Brown of No.209 Squadron is credited with the destruction
of von Richthofen’s Fokker Triplane, it has also been suggested that the
Red Baron actually fell victim to ground fire whilst being pursued by
Captain Brown.

1 May
No.1 to No.5 Air Force Areas are formed, but the words ‘Air Force’ are
dropped from the titles of almost immediately.

8 May
The designations of the newly established Areas are revised to reflect
their geographical locations within the United Kingdom:

13 May
It is announced that an Independent Air Force (IAF), under the command
of Major General Sir Hugh Trenchard, will be formed from 6 Jun 1918. This
is the first time that an Air Force had been formed for the express purpose
of conducting a war, without reference or subordination to Army or Navy
Commands.

The IAF operates by day and night against industrial targets in Germany
and enemy aerodromes. In five months, the nine squadrons of the IAF, equipped
with de Havilland DH4, DH9, and DH9A, Handley Page 0/400 and Royal Aircraft
Factory FE2b bombers, with one squadron of Sopwith Camels for escort work,
drop a total of 550 tons of bombs, 390 tons by night.

2 June
In the aftermath of the Treaty of Brest-Litovsk and Russia’s exit from
the First World War, the Allied Supreme War Council sanctions joint intervention
to secure the existing Allied presence in Russia’s northern ports. Allied
intervention is undertaken in an effort to inhibit the transfer of German
troops between the Eastern and Western Fronts, to deny Russian resources
to the Germans and to prevent the German Navy from using the ports as
bases from which submarines could threaten transatlantic shipping.

14 June
The German offensive on the Western Front ends.

17 June-22 July
The Victoria Cross is posthumously awarded to Major Edward ‘Mick’ Mannock
of No.85 Squadron, Royal Air Force, one of the highest scoring British
fighter pilots and greatest air leaders of the First World War. “An
outstanding example of fearless courage, remarkable skill, devotion to
duty, and self-sacrifice, which has never been surpassed.”

July
Major A.S.C. MacLaren makes the first flight between England and Egypt,
flying a Handley Page 0/400 between Cranwell and Cairo.

4 July
Aircraft of No.9 Squadron drop 93 boxes of small arms ammunition to attacking
Australian troops on the opening day of the Battle of Hamel. The drops
are conducted from an altitude of 200 feet and two of the twelve aircraft
involved are shot down by German ground fire.

9 July
Major James McCudden VC is killed in a flying accident at Auxi-le-Chateau
in France.

19
July
The first ever carrier-borne air strike takes place. From a position off
the Lyngvig Light, HMS Furious launches seven Sopwith Camels modified
to carry 50 pound bombs on a dawn strike against German dirigible (steerable
airship) sheds at Tondern at the mouth of the Elbe. The strike is successful,
destroying Germany Navy Zeppelins L54 and L60 in their sheds.

24 July
The first 1,650 pound ‘SN’ bomb, the largest bomb to be used by the Royal
Flying Corps (RFC) during the First World War, is dropped on Middelkirke
by a Handley Page 0/400 of No.214 Squadron.

26 July
Major Edward Mannock VC is shot down and killed by ground fire after shooting
down a German LVG at very low altitude near the German front line at Lestrem.
Although authors have quoted varying victory totals for this pilot, current
research suggests that the LVG was Major Mannock’s sixty-first kill.

27 July
A Communications Squadron is formed at Hendon to operate in the VIP transport
role.

August
Fighter sweeps are instituted over the Western Front. These were usually
composed of Sopwith Camel squadrons at 10,000 feet, Royal Aircraft Factory
SE5 squadrons at 14,000 feet and Bristol Fighter squadrons at 18,000 feet.

August
In the aftermath of the Russian Revolution, the Russian army that had
previously blocked Turkish forces in the south Caucasus collapses and
a British force under the command of Major-General L. Dunsterville ‘Dunsterforce’
is deployed to the Caspian Sea port off Baku to stiffen the remaining
White Russian forces in the region.

5-6 August
German airships raid the United Kingdom for the last time, when five Zeppelins
of the German Navy are despatched to attack targets in the Midlands, but
the raid is a failure. One airship, Zeppelin L70, captained by Kapitanleutnant
Johann von Lossnitzer and carrying the commander of the German Naval Airship
Division, Fregattenkapitan Peter Strasser, is attacked by two de Havilland
DH4s from Yarmouth. It falls into the sea in flames, 8 miles from Wells-next-the-Sea,
killing all of the crew. Subsequently, a de havilland DH4 flown by Major
Egbert Cadbury and Captain Robert Leckie is credited with destroying L70.
Royal Air Force aircraft also damage a second airship, the L65 and the
surviving airships drop their bombs into the sea and return to base.

The opening day of the Battle of Amiens sees the he Royal Air Force and French
Air Forces with approximately 1,900 aircraft available and opposed by
only 365 German aircraft.

8 August
The Victoria Cross is awarded to Captain A.F.W. Beauchamp-Proctor, a South
African of No.84 Squadron, Royal Air Force. His work was described as
“almost unsurpassed in its brilliancy, and as such has made an impression
on those serving in his squadron and those around him that will not be
easily forgotten.”

10 August
The Victoria Cross is awarded to Captain F.M.F. West of No.8 Squadron,
Royal Air Force, for gallantry displayed during a low-level attack on
German troops far over enemy lines north east of Roye in France, with
the co-operation of the Tank Corps.

16 August
The first massed low level attack by the Royal Flying Corps on an enemy
airfield is carried out, when 65 Royal Aircraft Factory SE5s, Sopwith
Camels, Bristol Fighters and de Havilland DH4s attack the German aerodrome
at Haubourdin. No British aircraft are lost.

August-September
No.5 (Operations) Group (Headquarters, Dover) is removed from South-Eastern
Area and granted the status of an independent command. The Group is responsible
for units in the Kent and Dunkirk area.

14 September
British forces in the Southern Caucasus ‘Dunsterforce’ are forced to abandon
the port of Baku to advancing Turkish troops.

“It was the RAF which had converted the Turkish retreat into a rout,
which had abolished their telephone and telegraph connections, had blocked
their lorry columns, scattered their infantry units”.

30 September
The German Army’s primary defensive line, the Hindenburg Line, is breached
by British troops, with the help of substantial air support.

2 October
Aircraft of No.82 and No.218 Squadrons of the Royal Air Force (Armstrong
Whitworth FK8s & de Havilland DH9s) are detailed to carry food to
French and Belgian troops whose reserves are exhausted. 15,000 rations
are dropped in bags of earth to prevent damage.

27 October
The Victoria Cross is awarded to Major W.G. Barker, a Canadian of No.201 Squadron,
Royal Air Force, for destroying four enemy aircraft during a dogfight
over Foret de Mormal in France in a Sopwith Snipe (E8102).

30 October
An armistice between the Allies and the Ottoman Empire is concluded aboard
HMS Agamemnon at Mudros.

6 November
Lieutenant A.A. McLeod, who had been awarded the Victoria Cross on 27
March, dies of influenza in Canada.

An Armistice is signed with Germany and hostilities end at 1100hrs.

At the time of the Armistice, the Royal Air Force was the largest air
force in the world, holding 22,647 aircraft of all types, including 3,300
on first-line strength and 103 airships. These were operated by no fewer
than 133 squadrons and 15 flights overseas, on the Western Front and in
the Middle East, Italy and the Mediterranean, 55 squadrons at home and
75 training squadrons and depots.

Royal Air Force units operated from 401 aerodromes at home and 274 abroad
and had a personnel strength of 27,333 officers and 26,3837 other ranks.
Between January and November 1918, nearly 5,500 tons of bombs had been
dropped, 2,953 enemy aircraft destroyed and an area of 5,000 square miles
photographed. British aircraft manufacturers were producing 3,500 aeroplanes
a month.

17 November
Following the conclusion of the armistice, the Caspian Sea port of Baku
is reoccupied by British troops to prevent occupation by the Red Army.
Subsequently, a Caspian Sea Flotilla comprising captured Russian merchant
vessels is formed by the Royal Navy for operations against Communist forces
in the area. British Army and Royal Navy operations are supported by No.17
Squadron and No.47 Squadron (de Havilland DH9s and Sopwith Camels) on
land and No.266 Squadron (Short 184 seaplanes) deployed on the seaplane
carriers HMS Alader Youssanoff and HMS Orlionoch in the Caspian.

27 November
No.29 (Operations) Group (Headquarters, Edinburgh) is formed with command
status, to administer units in Scotland under the operational control
of the Commander-in-Chief Grand Fleet. The Group includes Royal Air Force
personnel aboard the Grand Fleet’s aircraft carriers and the ships of
the Battle Cruiser Force, together with shore-based supporting units.
It is also responsible for No.28 (Operations) Group, which comprises all
stations in the Orkneys and the Shetland Isles.