The Royal Air Force assumes responsibility for the defence of Aden and
Royal Air Force Aden Command is formed, under the command of Group Captain
W.G.S. Mitchell. 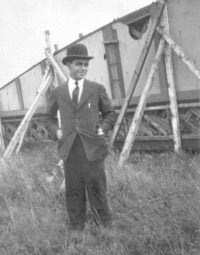 The first solo flight from the United Kingdom to Darwin in Australia is
made by Squadron Leader Bert Hinkler, Royal Air Force (Retired), in an
Avro Avian. The flight covers a distance of 11,000 miles.

Following an incursion into Aden by Yemeni forces and their occupation
of the town of Dhala in late 1927, Zeidi tribesmen from Yemen invade two
districts of Aden. No.8 Squadron commence operations against the Zeidi,
but these are suspended after the agreement of a truce to permit negotiations
between the leader of the Zeidi, the Imam Yahya of Yemen, and the British
colonial administration in Yemen.

Following the breakdown of the truce between the Zeidi tribesmen and the
British administration in Yemen, No.8 Squadron Royal Air Force resume
bombing operations. The bombing serves both to strike at the Zeidi and
to encourage tribes friendly to the British, which then attack the Zeidi.
As a consequence, the Zeidi withdraw from Aden in August 1928.

The Under Secretary of State for Air, Sir Philip Sassoon, and the Director
of Equipment, Air Commodore Longmore, begin a 9,900 mile flight from Felixstowe
to Karachi and back, by Blackburn Iris flying boat, to inspect Royal Air
Force units in Malta, Egypt and Iraq. The party returns to Felixstowe
on 14 November 1928.

Following a coup by members of the Shiamwari tribe against the Amir of
Afghanistan, the British Legation

in the Afghan capital Kabul is isolated
from the remainder of the city. An emergency evacuation of British and
European officials and civilians begins, and includes the ousted Amir
of Afghanistan and his entourage. Vickers Victorias of No.70 Squadron,
de Havilland DH9As and a Handley Page Hinaidi transport aircraft fly a
total distance of 28,160 miles.