15 January
RAF Wildenrath opens. Wildenrath was the first of four ‘Clutch’ stations built for the Royal Air Force in Germany during the early 1950s. The other stations were at Geilenkirchen, opened on 24 May 1953, Brüggen, formed in 1 May 1953 and completed in July of that year and Laarbruch, opened on 15 October 1954.

Following the conclusion of an informal agreement between the Chief of the Air Staff, Marshal of the Royal Air Force Sir John Slessor, and the Commander of the United States Far East Air Force, General George E. Stratemeyer, Flight Lieutenant S.W. Daniel is attached to the United States Air Force’s 4th Fighter Interceptor Wing in Korea during the winter of 1951-52.

By the end of the Korean War, 21 Royal Air Force (RAF) officers had served with either the 4th or the 51st Fighter Interceptor Wings. 4 failed to return from operational sorties – these included Wing Commander Baldwin, who was declared missing in action on 15 March 1952. All of the pilots damaged one or more North Korean Mikoyan-Gurevich MiG15s in combat and Squadron Leader G.S. Hulse was credited with achieving two kills before failing to return from a sortie on 13 March 1953. A further five were credited with one kill.

17 February
The British Government’s intent to test an atomic weapon produced in Britain is announced.

April
Three United States Air Force (USAF) North American RB45C Tornado reconnaissance aircraft, carrying Royal Air Force (RAF) markings and flown by RAF crews, take off from the USAF base at RAF Sculthorpe to conduct long-range radar reconnaissance sorties over the Soviet Union. The purpose of the flights was to acquire photographs of the bombing radar images relating to potential targets within the Soviet Union, for use by the USAF’s Strategic Air Command and RAF Bomber Command. All of the aircraft returned safely.

June
Following the decision by the United Nations that Eritrea should be federated to Ethiopia, British forces are withdrawn from the country. However, No.1910 Flight Army Air Corps continued to operate in Eritrea until September of that year.

28 July
The bulk of the personnel of No.78 Wing, Royal Australian Air Force, comprising No.75 and No.76 Squadrons, RAAF, No.378 Base Squadron and No.478 Maintenance Squadron, arrive by sea at Luqa in Malta. An advance party had arrived on the island on 5 July, having travelled by air from Australia. No.78 Wing was based on Malta, initially at Royal Naval Air Service (RNAS) Hal Far and later at RAF Ta’Kali, under the command of No.205 Group RAF, between 1952 and December 1954. The Wing contributed to the air defence of the Middle East and was equipped with de Havilland Vampire FB9s on loan from the RAF.

28 August
The only member of the Royal Air Force (RAF) to be captured during the Korean War, Flying Officer M.O. Berg, is shot down while serving with No.77 Squadron, Royal Australian Air Force. Flying Officer Berg became a prisoner of war when forced to eject from his Gloster Meteor F8, which had been crippled by anti-aircraft fire.

15 September
Following the occupation of the village of Hamasa by a Saudi Arabian party during a dispute concerning the border between Oman and Saudi Arabia, three de Havilland Vampire FB5s from No.6 Squadron RAF at RAF Habbaniyah and accompanied by a Vickers Valetta, are deployed to RAF Sharjah. Flying from this station, they carried out demonstrations and leaflet drops over the village. 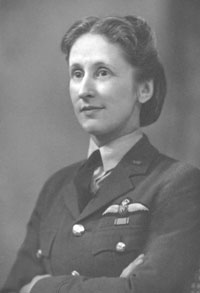 30 September
It is announced that jet engine pioneer Air Commodore Sir Frank Whittle would be first recipient of the Churchill Gold Medal of the Society of Engineers.

October
Trials concerning the use of aerial broadcasting equipment in psychological warfare sorties over Malaya begin. Initially, a Douglas C47 Skytrain (Dakota) borrowed from the United States Air Force (USAF) is used for this task. Subsequently, RAF Vikings, Dakotas and Austers were pressed into service during the course of the Malayan Emergency (Operation Firedog). A ‘Voice Flight’ was established by No.267 Squadron and propaganda leaflets were dropped by RAF transport aircraft.

2-3 October
At midnight, the first British atomic device is detonated aboard the Royal Navy frigate HMS Plym, anchored off the island of Trimouille in the Monte Bello Islands, Pacific Ocean (Operation Hurricane). This weapon had been designed by a team led by Dr W.G. Penney, which included a group of specially selected RAF officers under the leadership of Squadron Leader J.S. Rowlands (later Air Marshal Sir John Rowlands). Rowland’s team were charged with both developing an atomic weapon to Operational Requirement 1001 and establishing the Royal Air Force’s future nuclear storage, handling and training requirements.

9 October
Growing unrest amongst sections of the Kikuyu tribe with regard to the British administration of Kenya culminates with the murder of a local leader closely allied to the colonists, Chief Waruhiu, by extremist members of the Kenya Land Freedom Party – the Mau Mau.

21 October
In response to the murder of Chief Waruhiu by members of the Mau Mau on 9 October, a State of Emergency is declared in Kenya. On the same day, the 1st Battalion of the Lancashire Fusiliers flew into Nairobi aboard Handley Page Hastings of No.511 Squadron to support British Army units in Kenya. A series of anti-terrorist operations were carried out by the security forces, aided by the light aircraft of the Kenyan Police Reserve Air Wing.