Operation Mop Up: repeated attacks by Hawker Hunters from RAF Chivenor and RAF West
Raynham, using bombs and rockets, assisted Hawker Siddeley Buccaneers
of the Fleet Air Arm to break up the Very Large Crude Carrier Torrey Canyon.
The tanker had gone aground on the Seven Stores Reef, near Lands End;
the sorties were intended to destroy much of her 120,000 ton cargo of
crude oil, which was polluting both the sea and nearby Cornish beaches. 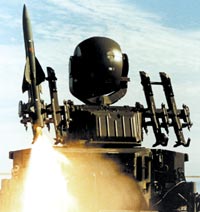 3 May
The evacuation of Service families from Aden begins.

4 August
Marshal of the Royal Air Force Sir Charles Elworthy is appointed Chief
of the Defence Staff. He relinquished this appointment on 8 April 1971.

The military withdrawal from Aden is the largest airlift conducted by the
Royal Air Force since the Berlin Airlift of 1948-49 began. Some 5,800
men of the British Army were flown out to Muharraq in RAF Lockheed Hercules
(No.36 Squadron), Bristol Britannias (No.99 and No.511 Squadrons) and
Shorts Belfasts (No.53 Squadron); the last unit to leave departed on 26
November.

28 November
Headquarters, Middle East Command is disbanded and the command of
British forces in the Persian Gulf is transferred to Headquarters, British
Forces Gulf, based at Bahrain. The extant Headquarters, Air Forces Gulf
became the RAF component of this headquarters.