After winning the Battle of Britain in 1940, Fighter Command went on the offensive, mounting fighter ‘sweeps’ over occupied Europe. RAF fighters also served as bomber escorts and flew operations in support of the Allied armies after the invasion of Normandy in June 1944. The first Black volunteers were selected to train as fighter pilots in 1941. 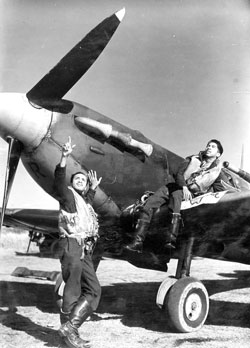 Flying Officer Arthur Weekes, from Barbados (left) and Flight Sergeant Collins Joseph of Trinidad photographed in 1943. Both were Spitfire pilots with 132 (Bombay) Squadron. On 18 October 1943, Collins Joseph shot down a Messerschmitt Bf109 in France. Commissioned as an officer, Joseph was killed by ‘friendly fire’ near Malmedy, Belgium, on 31 December 1944. (Courtesy of IWM)

Warrant Officer James Hyde from Trinidad joined the RAF in 1942. He flew with 132 Squadron but was killed when his Spitfire was shot down by German fighters near Nijmegen, Holland, on 25 September 1944. James Hyde is pictured as a Flight Sergeant with ‘Dingo’ the Squadron’s mascot. (Courtesy of IWM) 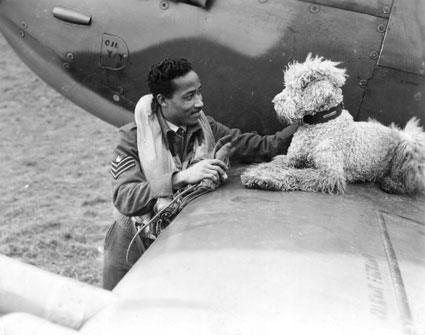 Flight Lieutenant Vincent Bunting from Jamaica flew Spitfires from 1942 to October 1944 when he was posted to 154 Squadron, which operated Mustang fighters. On 27 March 1945, Bunting shot down a Focke-Wulf Fw190 near Lübeck in Germany. The photograph shows him as a Flight Sergeant in conversation with Group Captain Adolph ‘Sailor’ Malan at RAF Biggin Hill in January 1943. Malan was an expert fighter leader and tactician who later fought against apartheid in his native South Africa. (P015032) 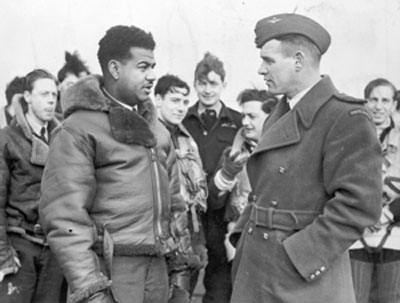 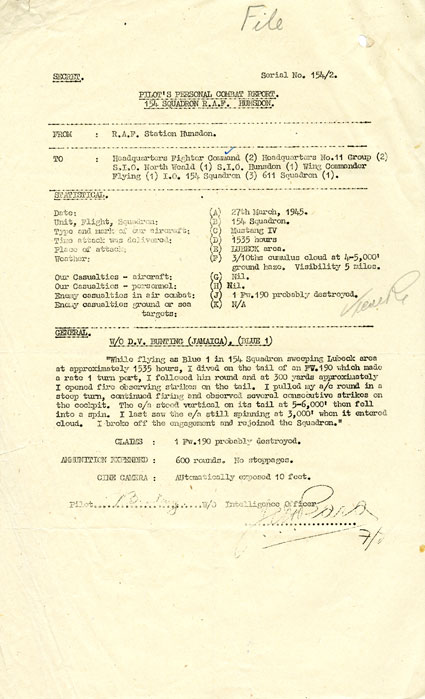 You can view an enlarged version of this report by clicking here.