Flight Sergeant Albert Kimberley joined the RAF on 31 May 1941 and volunteered for aircrew duties. 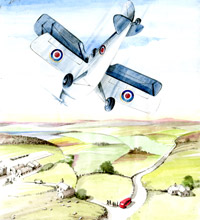 After his initial training in Devon and Cornwall he was posted to Scotland for basic flying training. In 1942 he went to Canada where he successfully qualified for his Pilot’s Wings. In 1943 FS Kimberley completed his final stage of training in the United Kingdom and joined 254 Squadron flying Beaufighters. He was lost without trace on 10 September 1944 during an anti-shipping attack off the coast of Holland. He is commemorated on the Runnymede Memorial at Windsor. 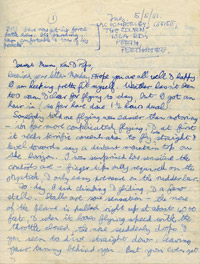 FS Kimberley was a commercial artist prior to the war. 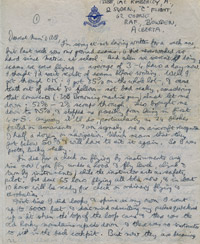 His younger brother Ken also possessed an artistic talent. In 1989 the book “Home Sweet Home” was published. This was a compilation of FS Kimberley’s letters written during his RAF service to his family illustrated by Ken. The originals have been donated to the RAF Museum and offer a unique insight into a young man’s war.

The letters indicate that Albert, known as Bob, certainly enjoyed flying but found the examination work demanding and service life difficult to come to terms with. 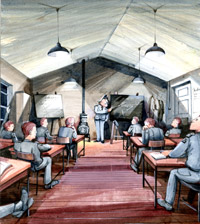 in Canada he was aware of the different conditions there compared to England. He wrote in July 1942 that

“It is like coming into paradise here. Food served at the camp is marvellous – all the butter, sugar, milk you want… The people too are marvellously hospitable – some people asked some pals and me to supper last night, first night here. I wished to God you all could enjoy the advantages here; it doesn’t seem fair for me to be having all this (no blackouts etc) while you have to endure England in its present un-plentiful state. Still maybe it won’t be long before England is the same again” 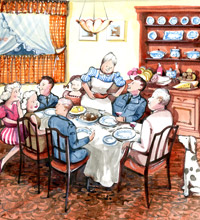