Graduating successfully as a pilot he returned to the UK and attended 10 Flying Instructors’ School from April 1943. After qualifying as an instructor Sqdn Ldr Glover was posted to 14 Elementary Flying Training School, RAF Elmdon from July 1943. He served with this unit until July 1945. 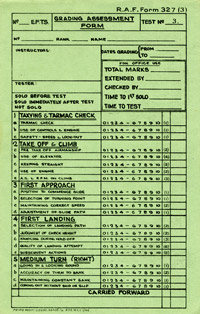 In de Havilland Tiger Moths he trained a variety of personnel to be pilots. 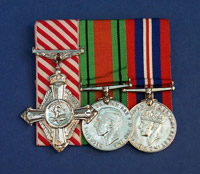 He also assessed the ability of pupils on grading courses prior to their basic flying training. Qualified pilots returning from overseas were also assessed before attending Advanced Flying Units. In 1944 Sqdn Ldr Glover’s invaluable service as a flying instructor was recognised with the award of the Air Force Cross. 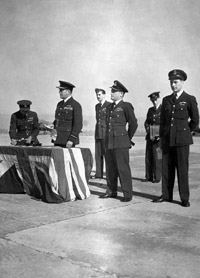 During the final months of the war Sqdn Ldr Glover was posted to India and became station commander of RAF Chaklala, from July 1945 to April 1946.